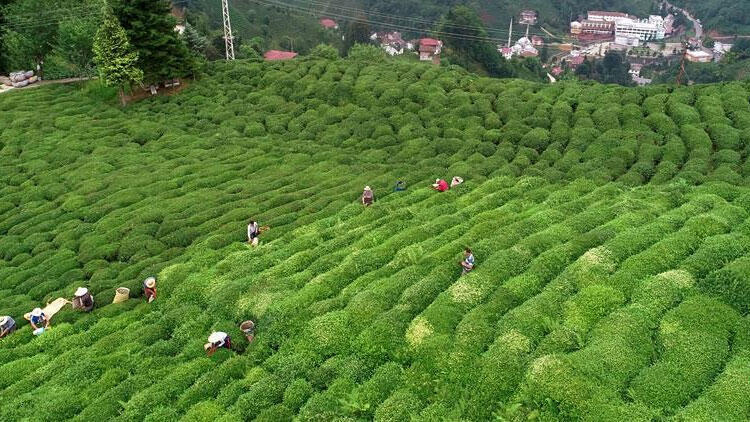 Tea exports from Turkey increased by 43 percent in the first seven months of the year compared to the same period in 2019, reaching $9.1 million, according to data compiled by the Anadolu Agency from figures announced by the Eastern Black Sea Exporters Association (DKİB).

Belgium, Germany and Turkish Cyprus were the top producers, with exports to Belgium almost doubling to 720 tons costing $3 million worth of tea. Last year, some 423 tons of tea with a worth of $1.5 was exported to Belgium in the same period.

Tea exports to Germany amounted to nearly $1.2 million in the first seven months of this year.

“On top of that, the increased naturality of Turkish tea compared to tea varieties originated in other countries makes it more favorable,” Turgut said.

As people had to spend more time at home due to coronavirus lockdowns, tea consumption rose worldwide, he said pointing to another factor in soaring export figures.

“It’s a great success to increase the number of export destinations to over 100 countries,” he said, urging the Turkish private tea companies to invest in branding and quality in accordance with different consumer preferences in various countries.

“Investing in innovation to create new products, in ways such as blending the rich endemic medical herbs and fruits of the Eastern Black Sea region with green and black tea would both increase exports and create a revenue bringing regional sector,” said Turgut.

The Turkish tea producers have faced many challenges this year due to restrictions imposed to curb the spread of the coronavirus pandemic.

Authorities introduced an exception for tea producers making their way from big cities to the country’s northeastern provinces, particularly Rize and Trabzon, to collect this year’s harvest.

Farmers signed documents that they would comply with the latest regulations set by the government against COVID-19 and were subjected to health checks by medical professionals upon their arrival in the Black Sea coastal provinces.

Around 26,000 seasonal workers, especially from neighboring Georgia, have been unable to travel to Turkey due to coronavirus restrictions as the borders have been closed since March. Thus, tea producers in the region have appealed to their neighbors to help haul in the leaves.

Last year, a four-member Georgian family was paid over $1,800 in less than a month for picking a total of 16 tons of fresh tea.

Regional business groups in the provinces of the eastern Black Sea are now planning to open courses to teach local people how to pick tea leaves in a bid to overcome labor shortage in the upcoming seasons.