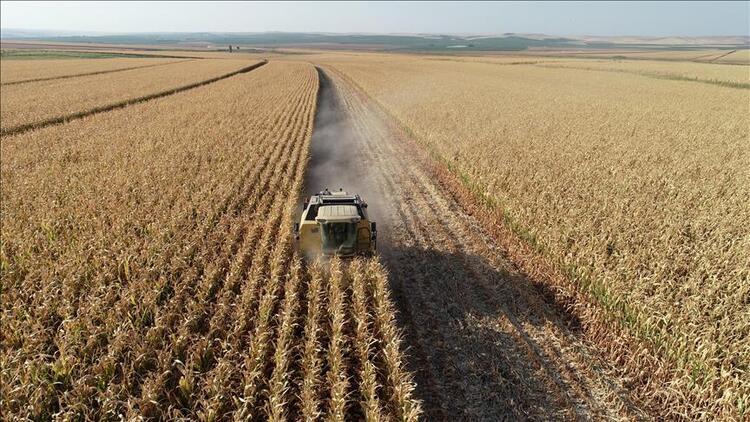 Farmers across Turkey continue works for harvesting and planting while abiding by the measures against the spread of coronavirus and on some occasions with special permissions from local authorities.

Preparations to plant sunflower, corn, beetroot and potato have been completed in the Central Anatolian province of Konya, which is known as the grain silo of the country.

“If measures regarding the travel of seasonal workers are taken, no problem will be seen in growing any crops,” said Konya Agriculture Engineers Chamber head Süleyman Soylu, adding that planting will continue until the end of May.

“We may need the foreign workers returned from the big cities to our region under control. Our farmers also demand support for irrigation using electricity,” he added.

Meanwhile, domestic tomato prices have declined to between 1 to 2 liras (15-30 cents) since annual exports to Russia are limited with 100,000 tons.

In Kumluca district of the Mediterranean province of Antalya, the greenhouse capital of Turkey, the family businesses continue production of tomato, eggplant and pepper as usual.

“They buy tomatoes from us for 1.5 Turkish Liras [23 cents] [per kilogram], but they sell it for up to 8 liras [$1.22] under cover of coronavirus. That’s a shame,” said local farmer Ramazan Hoyrazlı, blaming the brokers who take the products to the wholesale markets in the city centers.

“Production at our greenhouses continues with the same capacity. Our elderly people stay at home. We don’t wander around but continue our works,” he added.

Officials from the governor’s office in the northwestern province of Edirne held meetings with the producers in recent days.

Farmers over 65 were granted a special permission to go to their farms for work carrying the Registry of Farmers document with them, according to Edirne Agriculture Engineers Chamber head Recep Zıpkınkurt.

Special precautions are put in effect at the wholesale vegetable and fruit markets in Istanbul and other big cities.

“They are being disinfected every day. The products come in packages and are dispatched in them,” said Yüksel Tavşan, head of the wholesale market shop owners’ federation in Turkey.

The plunge in tomato prices creates a hardship for the producers, he added, recalling that consuming fresh vegetables and fruits is very important to keep bodies healthy in the fight against the virus outbreak.

“It is essential to provide extra support to the farmers in such circumstances,” said Taşvan.